Whether you have more questions about The Council or are looking to grow or finance your business, discover the various ways you can get involved via RFP opportunities or Access to Capital options.

For the email addresses of an individual team member, feel free to visit the Our Team page where you will find the email link below each person's name.

The Council, an affiliate of the NMSDC, is comprised of corporations, educational institutions, public agencies, and non-profit organizations dedicated to supplier diversity. One of the primary roles of the Council is to identify and certify bonafide MBEs for contracting opportunities with the membership and facilitate the growth and development of our suppliers. Our mission, vision, and commitment is developing and growing the Minority business community.

Only if you are a company owned by one or more of the ethnic groups below. We certify ethnic-owned companies based on their minority group. The Council definition of a minority-owned business, as adopted from the National Minority Supplier Development Council, is a company that has at least 51 percent ownership by a person or persons belonging to a minority group. Minority groups included in this definition are: Asian, Black, Hispanic, and Native American. For those women-owned businesses that do not meet our criteria, contact The Women’s Business Enterprise at www.wbenc.org

In order for minority businesses to be affiliated with The Council and be eligible for the many programs and services offered, it is necessary to complete the certification process. We offer a host of resources for minority business owners, a primary one being the relationships we help facilitate with our corporate members. MBE certification is one aspect (of many) Corporate America prefers. Once certified and part of the NMSDC Network, over two-thirds of minority business enterprises (MBEs) confirm business increases due to their partnership with the Council’s corporate members. In 2004 the largest U.S. corporations purchased more than $80 billion in goods and services supplied by MBEs. Corporations prefer to do business with certified MBEs.

MBE certification DOES NOT tag you as a small company, a less qualified company, enter you in a separate database, or preclude your bidding or seeking to gain entry to a supply chain. MBE certification enables our membership to track and ensure utilization of a diverse supplier pool.

State certifications are for pursuing and conducting business with various government entities: agencies, cities, counties, etc. The certification issued by The Council is primarily for the private sector. It is necessary to complete the certification process in order for minority businesses to be affiliated with The Council, have access to our members, and be eligible for the many programs and services we offer.

Fees are determined based on a sliding scale by Revenue and can be found here by scrolling down: https://nynjmsdc.org/get-certified/

The preferred method of completing the certification application is electronically and can be found here: https://affiliate.nmsdc.org/nynjmsdc

The four main steps involved with certification are:

It normally takes approximately 30 days if ALL requested information is submitted with the certification fee.

Yes! An applicant must be a U.S. citizen either by birth or naturalization. A permanent resident or green card holder does not qualify.

North American Industry Classification System (NAICS) is an industry classification system that groups establishments into industry sectors based on the activities in which they are primarily engaged. The NAICS is a comprehensive system covering the entire field of economic activities, producing and non-producing. This system replaces the former Standard Industrial Classification (SIC) designations. Corporate America and local, state, and federal government entities use NAICS codes. You are required to identify your businesses’ NAICS designation code. The NMSDC and corporate buying groups use NAICS codes to identify certified MBEs.

You may locate the NAICS code on the Internet at www.naics.com or at your local public library. Please contact us at council@nynjmsdc.org or call (212) 502-5663 for any other questions you may have.

The NYNJMSDC has partnered with several financial service organizations to provide our certified suppliers with additional financing options for business growth. Please take a moment to review these current resources for minority business owners, as we have multiple loan offerings and accounts receivable funding options available that can help your business continue to grow.

The Business Consortium Fund (“BCF”) is a non-profit 501( C ) 3 business development organization affiliated with the National Minority Supplier Development Council (“NMSDC”). The BCF is the only non-profit organization in the country focused exclusively on financing the growth and development of minority business enterprises that are suppliers to corporate America (“MBEs”). The BCF provides financing, business advisory services, and educational programs to promote the growth in size (revenues) and operational capacity of MBEs. BCF funding is usually provided during the critical early growth stage of an MBE’s business development often providing the funding allowing the MBE to perform under their supplier contracts. The BCF will continuously improve and expand our programs, financing products, and services in order to meet the needs of today’s MBEs. BCF financing products and business support services are available to companies: (1) certified as minority-owned or minority-controlled by the NMSDC or one of its affiliated Regional Councils and (2) acting as a vendor or supplier to a national or local NMSDC corporate member, (3) At least 3 years in operation.

TruFund provides financing and business services to small businesses that cannot access affordable financing through traditional sources such as banks. TruFund offers these financing and business services across a wide range of industries and business types. TruFund’s financing products support small businesses in underserved, low-to-moderate income communities, as well as businesses owned by underrepresented or disadvantaged groups such as women and minorities. With loans typically ranging from $50k to $250k, TruFund’s small business borrowers have used loans in many ways to help sustain and expand their businesses. Just a few examples include applying the funding for contract mobilization, working capital, inventory and equipment, business expansion, or improving leased or owned space.

For more detailed information on TruFund’s small business financing options, please click on that link below or visit www.trufund.org.

The following list contains links to RFPs, RFQs, RFIs, and other business opportunities available in The Council’s region. Use the links below to search by region and explore more.

Dormitory Authority of the State of New York (DASNY)

New Jersey Department of the Treasury 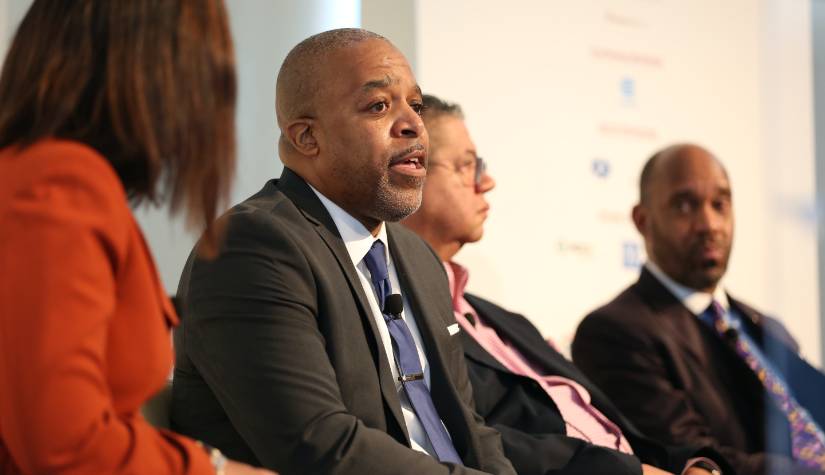 If you need specialized support or specific resources you haven’t found on our site, we invite you to check out our frequently asked questions or drop us a line!